Showing posts from May, 2019
Show all

IT MUST BE HEAVEN (Elia Suleiman) - Press conference Cannes 2019 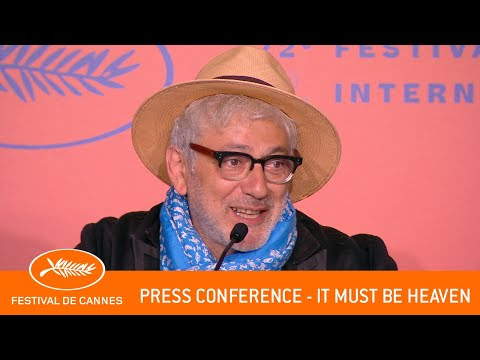 Elia Suleiman admitted being a fan of Jacques Tati. But also a fan of Roy Andersson's films and Tsai Ming-liang's films. Really interesting words on silence in his films too. It Must Be Heaven received a Special Mention at Cannes 2019. Elia Suleiman hadn't make a new film for 10 years since The Time That Remains (2009)
Post a Comment
Read more
More posts