Showing posts from December, 2007
Show all

The Wind Blows Where It Will 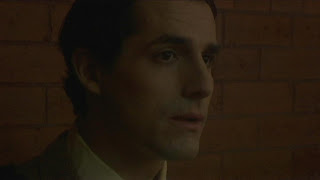 This post originally appeared over at PilgrimAkimbo on December 17th, 2007. Unconsciousness of despair is like unconsciousness of dread: the dread characteristic of spiritlessness is recognizable precisely by the spiritless sense of security; but nevertheless dread is at the bottom of it, and when the enchantment of illusion is broken, when existence begins to totter, then too does despair manifest itself as that which was at the bottom. -Kierkegaard, from The Sickness unto Death What is a life without faith? Is it possible for such a life to sustain itself? The history of film is replete with stories of characters wrestling with who they are and what it is they truly believe. We don't get tired of such films, if they are honest, for that struggle is deep within each of us as well. Our souls resonate with that struggle. Maybe it's because we all know something about the dread at the bottom, even when we construct lives designed to deny it. In Kunal Mehra's new film The Win
1 comment
Read more

By HarryTuttle - December 19, 2007
Obscure Objects of Desire: A Jam Session on Non-Narrative By Raymond Durgnat, David Ehrenstein and Jonathan Rosenbaum (Film Comment, July-August 1978) available online at Light Sleeper . Adrian Martin recommended me this roundtable organised by Jonathan Rosenbaum, 30 years ago, precisely on one of the theme I wanted to expand upon on this upcoming blogathon. So it will be a very valuable preparatory reading for further discussions. Although the premise of their discussion is about writing non-narrative reviews without making sense of an eventual plot, in films either non-linear (mainstream) or nonsensical (Avant Garde), most of what they bring forth could as well apply to C.C.C. (where narrative is rather minimalistic than actually non-linear or nonsensical). The point being to approach cinema from a visual sensibility, opposed to the literary framework of a plot-driven synopsis. Note : A survey of the various typologies of plot structures in CCC would be another interesting study
4 comments
Read more

By HarryTuttle - December 13, 2007
Sunday 6th - Sunday 13th, January 2008 second week of 2008 Nearly a year since the experiment at Unspoken Cinema , to run a blogathon over a month on a team-blog. It was a great success then. Hopefully we can repeat this enthousiastic event once again. This anniversary will be an opportunity to bring forth another series of ideas and posts to discuss this type of cinema. What are the new films since last year? What are the new developments of this trend? I hope that we haven't said everything that had to be said about " Contemporary Contemplative Cinema " (C.C.C.) yet. This time it will take place over the course of a week only (I somehow expect fewer participations) . And we'll meet on this team-blog (which is working better than last time around). So if you're interested request to join the members to be able to cross-post your contributions here. In a spirit of continuity and long-term memory to fight the currency-driven format of the blogosphere, I propose
13 comments
Read more
More posts